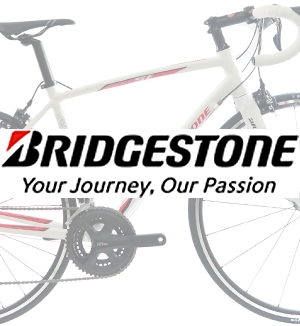 USING EXTENSIVE RIDER DATA, WITH OVER 50 YEARS OF EXPERIENCE.

EXPERIENCE AND KNOWLEDGE FROM THE LAST HALF CENTURY

Bridgestone is making products with total dedication. Researching and collecting precious data on frame stress and converting the input of riders into numerical form, realizing ideal geometries which will fit and comfort Asian bodies. With 50 years of experience and knowledge of bicycle building, Bridgestone offers reliability. Trust in the bikes we make.

Bridgestone is a bicycle company. We have built bicycles under this name, representing the Japanese bicycle industry, since 1949. Our philosophy is to make bicycles for people. Not just beautiful masterpieces, but perfect tools for people. Tools which bring happiness to all the people who ride them. Proud to make tools to win, to laugh, and to make human lives brighter.

The NEO-COT Frame developed with the optimum shape theory.